A Declaration Of LoveMarco Speroni

Spending 22 years behind bars and then being acquitted for a crime you never committed. It happened to Curtis McCarthy. But even after his release, the nightmare does not end. This special documentary is a masterclass in filmmaking. The director surprisingly succeeds in making a visually captivating author's film by using only extreme close-ups. 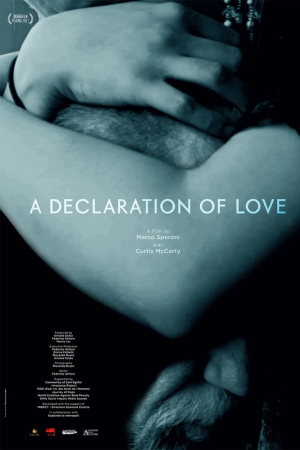 In 1982, 18-year-old Pamela is found dead. She has been raped and murdered. Curtis McCarty comes into view as a suspect. He is eventually convicted of the murder and receives the biggest punishment possible: the death penalty. His trial was reviewed twice - in 1989 and 1995 - but both times he was convicted again. Until, in 2007, DNA evidence fully exonerated him from the crime he never committed. Curtis spent nearly 22 years in prison while innocent, most of it on death row. An acquittal and release after so many years sounds like a reason to celebrate. But nothing is further from the truth. Curtis is broken. Even as a free man, prison has him firlmly in its grip. Any kind of hope and confidence has been shattered. There is no life after his release, only survival. Curtis recounts his experience calmly and serenely. In a neutral room - far from all melodrama - the camera registers his furrowed face and his sincere facial expressions that reveal as much as his words. The film portrays Curtis' life after his release up close, raw and uncompromising. Not as an angry pamphlet against the death penalty, but as a heartbreaking visual journey that perfectly captures Curtis' sense of displacement and disorientation in a world he feels he no longer belongs in.