Capital in the 21st CenturyJustin Pemberton

Capitalism is based on a fundamental fallacy. That’s bestselling author and economics professor Thomas Piketty’s conclusion. Capital grows faster than income. This leads to the rich getting richer and the poor getting poorer. The idea that this inequality would be eliminated automatically is based on a wrong analysis. A critical, revealing look at capitalism with possible solutions. 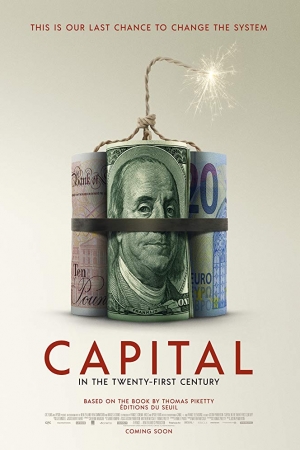 When Thomas Piketty published his book Capital in the Twenty-First Century a few years ago, it became an unexpected bestseller. The documentary of the same name visualises his ideas. A particularly interesting journey through the history of power and prosperity, in which the weak points of the capitalist system are exposed. How has inequality shaped our past and how does it continue to affect the present? The film also offers a preview of the future. Piketty offers concrete solutions that allow us to escape from the dark forces of capitalism.

Warning: The screening of the opening ceremony (on 25.09) has been moved to Het Depot