Cigarette smoke so thick the projector lamp can barely shine through, the manager reaching out to you on the street or the permanent fear of terrorist attacks. A nice evening at the movies in the last remaining cinema in Kabul is a little bit different. A visually stunning film about the hope that cinema brings to a city marked by war and fundamentalism. 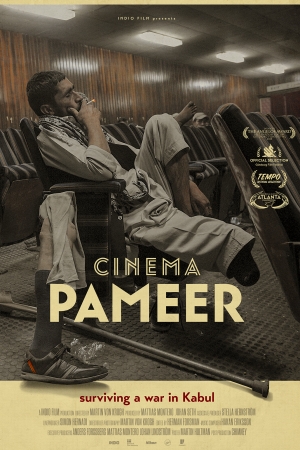 Said is the passionate manager of Kabul's only cinema, Cinema Pameer. After Russia's invasion of Afghanistan, he chose the pen as a weapon, but now he wants to offer the relief that cinema can bring to the inhabitants of the city that has been affected by war, poverty and religious fundamentalism for years. The projectionist on duty also applies all kinds of creative tricks to offer visitors a film experience. Life as it is in an Afghanistan we don't know. Not a political film, but a visually powerful documentary that shows that cinema makes you dream, even in a city that was hit by fate.