For four years, Oscar-winning director Andrea Arnold filmed dairy cow Luma and looked at the world from her point of view. It brings animals we rarely think about so close - literally and figuratively - that it becomes a unique encounter, a true insight into their consciousness. Not a romanticized Disney version, but a lifelike introduction to the reality of the dairy cow, with both the beauty and the challenges of their lives. 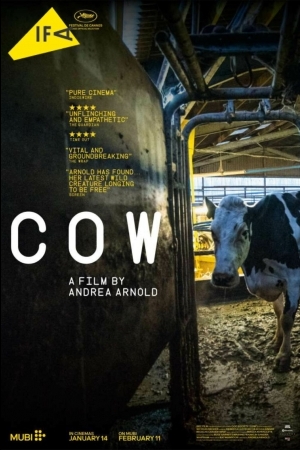 It's impossible to fully envision the world through the eyes of an animal, but Cow comes closer than any anthropomorphic character ever could. It is the first documentary by director Andrea Arnold, who shot to fame in 2005 when she received the Oscar for Best Short Film for Wasp. Afterwards she won prizes with films such as Fish Tank and American Honey. Nine years ago, she got the idea to follow an animal in such a way that the viewer could really come in touch with the animal's inner life and truly meet the animal and its consciousness. It became the most personal film she ever made.

Outside the Dox is home to a wide array of documentaries that deviate from the classic approach. Colorful films that experiment with form or content, broadening and enriching the genre. There are non-narrative films that immerse viewers in a special universe, be it a cowshed or a Russian subway. There are also very creative films that make you think about bigger issues like capitalism in China or the alarming militarization of the US security forces.