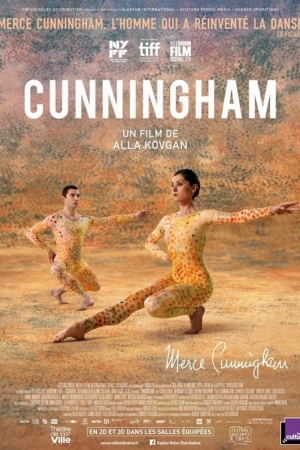 In 2011, Wim Wenders proved that a 3D documentary about dance can be overwhelmingly beautiful with his Oscar-nominated film Pina about Pina Bausch. Eight years later, Alla Kovgan chooses to honor the work of another dance legend: Merce Cunningham. In a smooth montage of archive footage and recordings of re-enactments of Cunningham's choreographies, Kovgan manages to grasp the genius of Cunningham and convert it to the silver screen. Dance on the screen becomes a total experience for all the senses, the dancers become tangible, the movement is overwhelming. To faithfully portray Cunningham and his ideas, the soundtrack is made up of conversations with the people closest to him, including avant-garde musician John Cage, who was Cunningham's life partner. “We do not interpret something. We present something" Cunningham said about his dance. Kovgan succeeds particularly well in doing just that in her debut film, which transforms the beauty of movement into enchantingly moving images.