Even the biggest football layman has heard of Diego Maradona. His life reads as a gripping Greek tragedy with a charismatic hero. Oscar-winning documentary maker Asif Kapadia (Amy, Senna) tells the story of Maradona, a lost soul who became bigger than god. 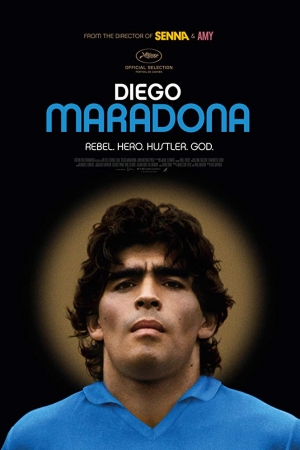 On July 5, 1984, 23-year-old Diego Maradona transferred to SSC Napoli for a record amount. The Italian club had never won a national title and was desperate for success. And it worked: the charismatic Argentinian brought Naples their first title ever, and was worshiped by many. In a city where even the devil would need bodyguards, Maradona became bigger than God. But his success also had a dark side. Director Asif Kapadia already made a big impression with his serene documentaries about icons such as Formula 1 driver Ayrton Senna and singer Amy Winehouse. He received an Oscar for Best Documentary in 2016 for Amy. Kapadia knows how to tell an unforgettable story about the rise and fall of exceptionally talented people. For his latest film, he used 500 hours of archive material and also got Diego Maradona on board, who fully supported him. A unique and compelling portrait of a man who was worshiped as a god, but also experienced an unprecedented decline.