Even if they have lost an arm or a leg, the forgotten victims of the conflict in Kisangani (Congo) are demanding to be heard. They do so quite literally, in a musical theater performance in which they testify about the violence and about forgotten promises of financial compensation. When they continue to be ignored, they take it a step further: they travel by boat to the capital Kinshasa. The journey downstream and the intense scenes on stage make up an unforgettable plea for justice and dignity. 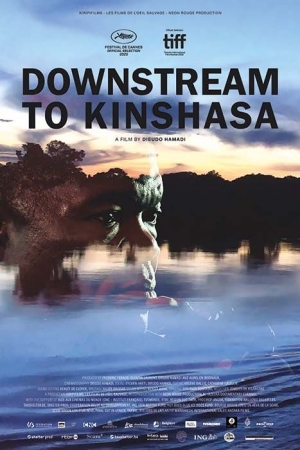 In the summer of 2000, Ugandan and Rwandan forces fought a devastating battle in Kisangani. After six days of brutal fighting, 1000 dead and 3000 wounded were left behind. With their mutilated bodies, many victims were considered a burden to their families. After 18 years, the promised compensation is still nowhere to be seen. The forgotten victims want to get themselves noticed through a musical theater performance. But when they are pushed aside time and time again, some of the victims decide to travel by boat via the Congo River to the capital Kinshasa. They want their voices to be heard. With scenes from the play combined with images from the journey, Downstream to Kinshasa not only unfolds the battle for justified compensation, but also for human dignity.