A new train tunnel is built in the Alps, California mountains are literally moved for the construction of a new city, huge chunks of beautiful Carrara marble are carved. This visual gem asks us how much of our planet we are looking to ravage in order to continue our lifestyle with vast, impressive shots. 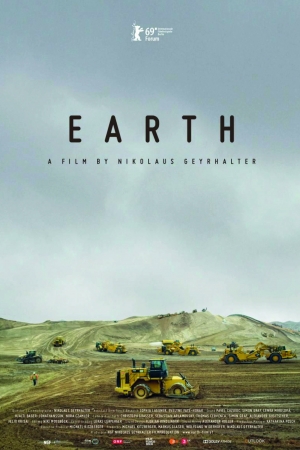 Nikolaus Geyrhalter is a well-known name in the DOCVILLE universe. Time and time again the award-winning director manages to visualize a fact literally and figuratively offering the viewer new perspectives. He has previously turned his attention to food production (Our Daily Bread), nightlife (Abendland), human structures (Homo Sapiens) and erected border walls (Border Fence). This time he looks at our planet. Compared to water and air, earth appears stable and unchangeable, but every year people move billions of tons of earth; with shovels, excavators and dynamite. Visually impressive film images are interspersed with conversations with miners, operators and supervisors at work. They speak passionately about their jobs and about the rocks they try to control with huge, growling excavators. But they also recognize the darker side of these large-scale interventions.