If anything will bring mankind down, it’s pride. That is the moral behind the legend of reckless Icarus who, despite warnings, flew too close to the sun and crashed into the Mediterranean Sea. Even today, the Mediterranean is the setting of man's unbridled urge for more. A crossroads of immense cruise ships, drowning refugees, commercial fishing and worried climate researchers. We try to control the planet more and more, but aren’t we also burning our wings? 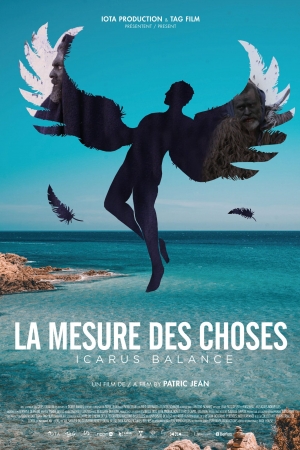 A poetic journey along the Mediterranean, a place full of encounters and contradictions that painfully exposes the uniqueness of our humanity. Since time immemorial, mankind has wanted to control the planet. We’ve become more and more adept at measuring, calculating and controlling nature. More technology, more consumption and more profit led to the well-known consequences of the climate crisis. Will this indomitable urge for more, like Icarus, condemn us to a fatal fall? Or does a cynical outlook do more damage than a hopeful one?