A rosary that is meticulously prayed, a face of hope against better judgment when lighting a gigantic 9-day candle, a cave pregnant with muttering, praying people. Lourdes is the place of pilgrimage par excellence, with millions of visitors every year. Through authentic stories, the film takes a respectful and poignant look at the pilgrimage experience and its mysterious impact on people. A visual gem about a special universe of hope 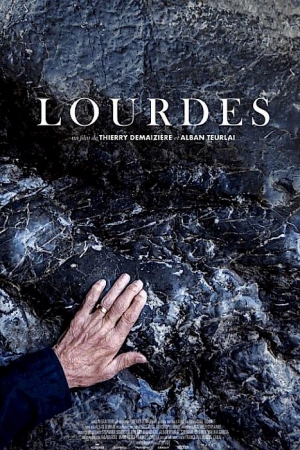 163 years ago, Bernadette witnessed a miracle: the Virgin Mary appeared before her eyes and offered her spring water from a grotto. Since then, the formerly unknown village of Lourdes has been a destination for millions of pilgrims, every year. Several people share the underlying hope or fear that drives them to Lourdes. 48-year-old businessman Jean suffers from Lou Gehrig's disease. Jean-Baptiste is a boy with Prader-Willi syndrome whose brother is dying. But there are also people with non-medical problems who seek refuge in Lourdes, such as an overweight girl who is bullied or an older man who wants to give up his profession as a prostitute. Religious or not, Lourdes takes you to a special universe filled with hope.