'So Long, Marianne' Leonard Cohen sings in one of his most iconic songs. This Marianne is Norwegian Marianne Ihlen, his lifelong muse with whom he started an intense relationship in a time of free love. A beautiful portrait of their unconventional relationship from the early days in idyllic Greece. 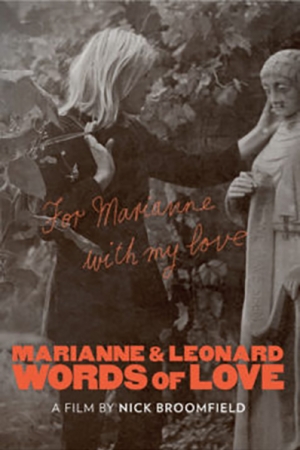 Does love have to be conventional? Marianne & Leonard: Words of Love is a beautiful illustration of the twists and turns of a complicated relationship that has produced some of Cohen's most famous songs. Archive material and some recent interviews tell the story of the interrupted yet never ending love that began on the island of Hydra. Cohen was mostly a writer at the time - the songs came later, when the melancholy poet evolved into a prominent musician. When Cohen became famous, and Ihlen became known as his muse, their relationship suffered and they lived apart more than they lived together. Still, their connection remained strong, even after Ihlen returned to Norway. A love story that defies conventional structure and slides back and forth in time within a rough chronology.