The sidewalk is in bad shape, someone needs a permit for the reconstruction of his front garden and due to the stricter Israeli security measures, the residents can no longer leave the city. Like any good mayor, Musa Hadid lives for his city. However, he is not the mayor of an average town, but of the Palestinian Ramallah. In a film with an unexpected amount of humor and a lot of tension, we follow a man who is fully committed to his inhabitants. A completely new, often surprising insight into the reality of the longest conflict in the Middle East. 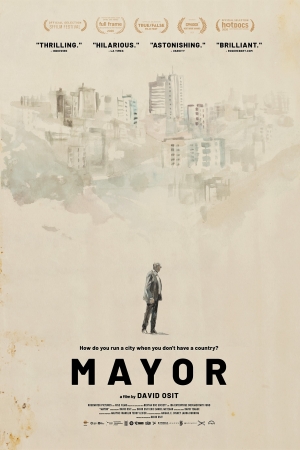 During his second term, Christian mayor Musa Hadid is confronted every day with the established Israelite army in his city. Hadid embodies the figure of the overworked man who does whatever he can for his people, even if it takes all of his time and financial resources. Besides the more standard things, such as the reconstruction of the pavements, he is constantly confronted with the occupation of Palestine. Despite the obstacles, Hadid tries to transform his city. Mayor closely follows Mayor Hadid, painting a more nuanced picture of the Palestinian city of Ramallah.