Martin Luther King is known as the charismatic and pacifist advocate of the African American civil rights movement. But he was not seen that way by the very powerful FBI at the time. To them, King was a threat. Recently released tapes reveal the staggering and vengeful picture of the FBI's stance toward the civil rights activist. A reminder that institutional oppression is timeless. 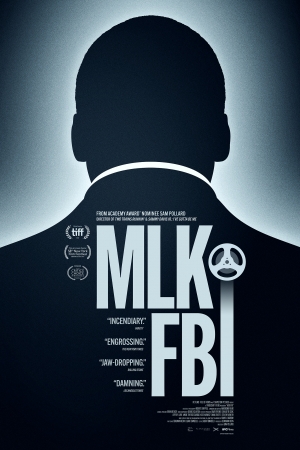 J. Edgar Hoover saw Martin Luther King as an immense danger to American society. Everything had to remain as it was, with blacks being second-class citizens. Many classified documents and recordings from this period will not be released until 2027, but several have recently been made public. Following his acclaimed “I have a dream” speech, an internal memo officially branded King as a danger to the country's future. Sam Pollard's sensational documentary examines how the US government not only bugged Martin Luther King, but actively tried to discredit him. Pollard uses a combination of countless archive footage and news clips, as well as FBI promotional films and scenes from Hollywood films, each time explained by those involved and historians. A staggering picture of a witch hunt that only ended with the murder of Martin Luther King in 1968.