1945. A woman with Asian roots looks straight into the camera. Nadine Hwang is one of the survivors who was transferred to Sweden from Ravensbrück concentration camp. A year earlier she met Nelly, the love of her life, in the camp. Special archive footage tells the wonderful life story of both women, a fantastic and surprising love story that you will never forget. 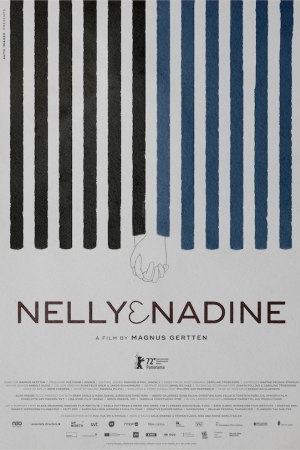 In 2007, director Magnus Gertten saw archive footage from 1945 showing survivors from German concentration camps arriving in Malmö, Sweden. Fascinated by the stories behind the many faces, he set out to investigate. In 2011, he made the documentary Harbour of Hope in which he tells the life stories of three children who could be seen in the archive images when they arrived in Sweden. In 2015, the documentary Every Face Has a Name followed, in which he continued his search of stories behind the people in the images. He kept the best story for the last part of his trilogy: the unlikely love story of Nelly and Nadine who meet on Christmas Eve 1944 in the concentration camp of Ravensbrück. In the last months of the war they get separated, but they manage to find each other again and even share their lives together, even though they keep their love affair a secret from family and friends. Nelly's granddaughter delves into her grandmother's personal records and reveals the unlikely life story of Nelly and Nadine.

For documentary makers, 'found footage' is an inexhaustible source of material. This 'found footage' may consist of archive footage or recent film footage shot for another purpose. But how do you use it? DOCVILLE selected a few documentaries that manage to incorporate archive images in their film in a compelling and original way. Let’s get creative with archives!

The screening of 30.03 is followed by a Q&A with the director and with Sylvie, the granddaughter of Nelly.