Brussels judge Anne Gruwez: frank, straightforward, (unintentionally) funny. Her unique style bears witness to a strict vision, but also suggests compliance and a brilliant instinctual insight into the situations of her defendants. 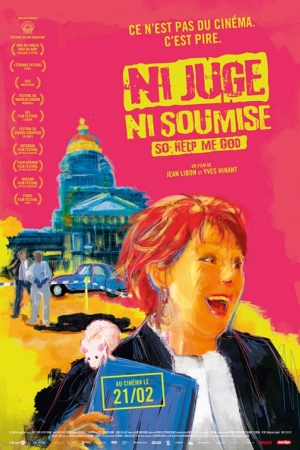 However witty and straightforward Gruwez appears, she looks at every case separately. Her politically incorrect remarks always serve a purpose and have an obvious effect on many suspects. The camera is a fly on the wall while she judges strictly but fairly. In her daily life, Gruwez appears to be just as eccentric and entertaining. The camera sees her driving around in a battered Beetle and affectionately playing with her tame pet rat. A character that is hard to forget, with a combination of idealism and philanthropy hidden under a tough exterior. In the eighties, Jean Libon and Yves Hinant already caused a furore with the documentary television series Strip-Tease. They followed Gruwez for three years for their first real feature film debut and the result is nothing short of amazing. The situations are so hilarious and absurd that there was a lot of debate about the truthfulness of the film at many international festivals. Did the creators simply have a lot of luck and patience or is the character of Gruwez too good to be true? It is up to the viewer to pass his verdict.