Oscar-nominated director Gianfranco Rosi created a visually stunning sequel to his award-winning documentary Fuocoammare, with this beautiful, deeply human portrait of people in the war-torn Middle East. Filmed over a period of three years, Rosi follows ordinary people in an unusual situation. He shows them not so much as victims, but as people of flesh and blood, with their own character and different forms of resilience. Intensely moving and bittersweet. 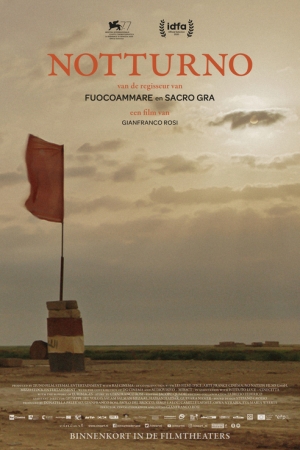 Over a period of three years, Rosi filmed in Syria, Iraq, Kurdistan and Lebanon, along the borders of war and terrorism in the Middle East. Dictatorship, invasions and violence feed each other in a vicious circle that constantly disrupts the lives of the local population. In the background battle and destruction are omnipresent, but in the foreground we find universal humanity. Different, parallel stories of ordinary people in an exceptional situation. A 10-year-old boy works unyieldingly for some hard-earned money, a group of female soldiers guards the border, a doctor is concerned with the mental health of his patients and some children are trying to find their way after the loss of their parents. A sublime documentary, as confronting as it is beautiful.