Graphic violence, controversy and utter brilliance? How do you describe Quentin Tarantino's career in a few keywords? His films inspire, provoke and entertain. Tarantino's passion, method and genius are revealed in special interviews with his go-to actors and colleagues. 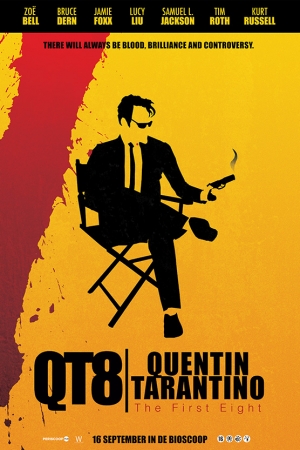 Samuel L. Jackson, Jamie Foxx, Kurt Russell, Christoph Waltz, Jennifer Jason Lee, Lucy Liu, Diane Kruger, Zoe Bell... the list of people who describe Tarantino's idiosyncratic way of working is varied and extensive. They offer us an unseen insight into the brain of the legendary director. Tarantino is self-taught, confident and completely original. On his set, he calls the shots but he still manages to create a dynamic of togetherness and creativity for the entire crew. An exciting and joyful journey along his first eight films, a treasure trove of fantastic scenes and crazy anecdotes ... about how famous shots came about, how he interacts with his actors and actresses and how everything in his films is connected.