For years, an American woman recorded the news. All news, 24 hours a day, for more than 30 years. She wanted to consistently record how the media presents reality. Her unique legacy of around 840,000 hours of visual material is the reason for giving her wayward life work meaning in an equally idiosyncratic documentary. 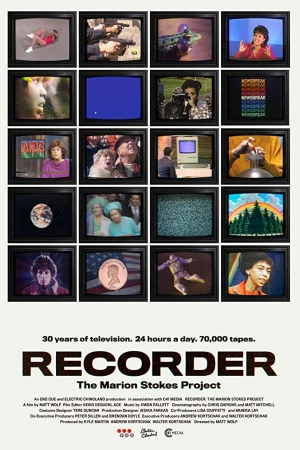 1979. Dozens of Americans are taken hostage in Iran and television producer Marion Stokes presses the record button on her video recorder. She will not stop recording the news until she passes away in 2012. All of the news. For 24 hours a day, up to eight video recorders capture reality as presented by American television. This is not just some absurd hobby: Stokes is fascinated by the way the news is formed (and distorted), how narratives change before our eyes, often without realizing it. During her lifetime, she collected more than 840,000 hours of film - including recordings of herself as a guest in television studios. Her life story - told by former friends and colleagues - is documented by images from her unimaginable archive, a cross-section of 30 years of American news broadcasts.