Six years ago ISIS invaded the Yazidi villages around Mount Sinjar in Northern Iraq, murdered the men and kidnapped the women. Some 7,000 women are still being held as "sabaya" (sex slaves) in Al-Hol, an IS detention camp in Syria. Mahmud, Ziyad and the other volunteers from the Yazidi Home Center are their only chance for an escape from hell. A nail-biting thriller with an unprecedented access to the dramatic fate of the Yazidi community. 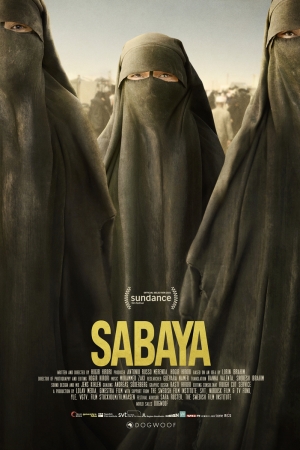 The fight against IS may have disappeared from the news, but the wounds left by the regime are still felt every day in the border region between Syria and Iraq. Thousands of Yazidi women who were kidnapped at the time by IS have still not returned to their families. A small group of volunteers have taken on the dangerous task of freeing the women from the largest prison camp in the world, Al-Hol. Director Hogir Horiri follows these men as they, without hesitation, enter the camp in the middle of the night with only a telephone to free a girl. This is a story of how ordinary people become heroes without even realizing it. Once liberated, girls go through the painstaking process of coping and returning to their families. Some do not speak the language (anymore), others have a child with an IS fighter, all of them are scarred by trauma that will mark many generations to come.