In the Liège municipality of Saint Nicolas, the PS has been firmly in control for almost a century. Opposition members Filippo Zito and Roger Boeckx are the thorn in the side of the majority. With the prospect of municipal elections, they dream aloud of a political upheaval. This fly-on-the-wall portrait of Walloon village politics, as surprising as it is funny, rightly won the audience award at the Brussels Film Festival. 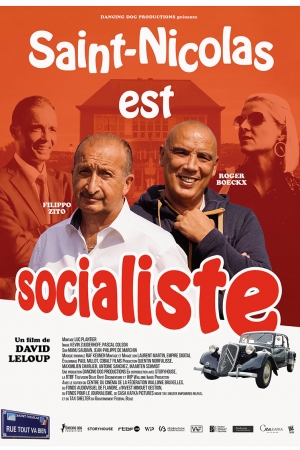 After A Leak in Paradise, in which he followed Rudolf Elmer, a former banker and Swiss whistleblower who denounced tax havens, journalist and director David Leloup once again portrays a persistent troublemaker in Saint-Nicolas est Socialiste. Quick-witted Filippo Zito will not rest until he reveals the truth and opens the eyes of the electorate. But until that time, he is busy with street fairs, mediatised performances and a powerful, ubiquitous party. Saint-Nicolas est Socialiste is a funny but at the same time disturbing portrait of two citizens who want to challenge the power games and party politics but become entangled themselves.