Scandalous: The Untold Story of the National EnquirerMark Landsman

Tabloid newspaper The National Enquirer has been publishing one scoop after another for decades. Whether or not these stories are true and have been obtained in a correct way is not really a concern. There isn’t much the tabloid shies away from. A shocking documentary that shows how far the gossip press is willing to go and its impact on readers and general public opinion. 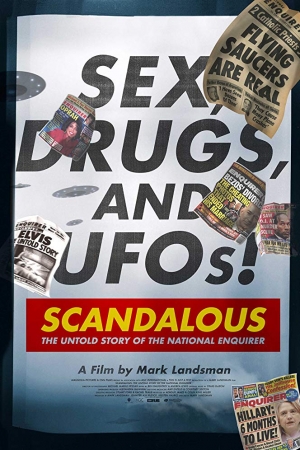 Fake News existed long before the internet did. In order to boost sales, stories were distorted or even totally made up. But the controversial tactics of the tabloid press go even further and push the limits of what is legal. Staggeringly, the controversial method seems to work: The Enquirer managed to snag impressive scoops such as the news of Elvis's death. In a series of interviews with journalists, the film reveals how the editors handled their jobs and the question arises as to what impact "The National Enquirer" has had on the general public’s perception of journalism.