Final scene: A huge, century old tree is bobbing on a ship in the middle of the sea. The giant is on its way from its ancient base on the coast of Georgia to the private island of millionaire Bidzina Ivanishvili. In a megalomaniac project, towering trees are dug out and transported to his villa. The immense giants are the silent witnesses of a world where everything can be bought with money and nothing turns out to be impossible. 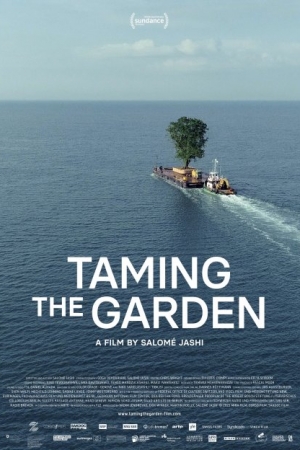 The former Georgian prime minister has an expensive passion: he wants to plant immense ancient trees in his private garden. To realize this exclusive dream, he buys up the beautiful giants on the coast of Georgia and has them excavated through a complex and very expensive procedure. Some of these trees are as high as a 15-story building. Other, smaller trees and plants have to make way for the complex relocation process, electricity cables have to be moved and new roads built. The immense trees are transported on two consecutive trucks and then shipped by ferry across the Black Sea to the private garden. The man behind this megalomaniac project is Bidzina Ivanishvili, former prime minister and millionaire. A symbol for the idea that enough money buys everything and everyone. The film premiered at the Sundance Film Festival.