What drives a man to climb mountain peaks at a height where every small mistake can be fatal? 23-year-old climber Marc-André Leclerc prefers to climb alone, far away from the spotlight. Yet two filmmakers want to follow him in this impressive and at the same time intimate documentary. A dazzling cinematic experience that pays a heartfelt tribute to the unimaginable achievements of a visionary climber and his burning passion for the mountains. 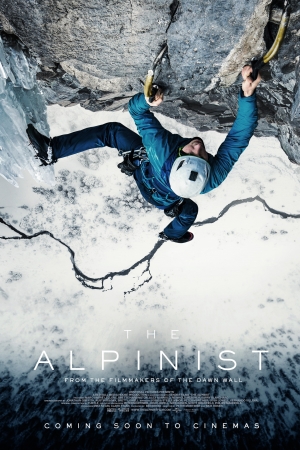 Experienced climbers and award-winning filmmakers Peter Mortimer and Nick Rosen want to make a documentary about the enigmatic climber Marc-André Leclerc, but that turns out not to be the easiest task. The elusive Canadian loner is shy, doesn't have a phone and doesn't like to talk about his vision of climbing. On remote peaks, the free-spirited Canadian makes daring climbs on his own. He goes on an adventure without cameras and without rope. He cannot afford to make mistakes. The makers manage to make contact and follow Marc-André on some daring climbs, although Peter has trouble keeping up with the camera. This impressive yet intimate documentary follows a visionary climber who follows his own path, despite the possibly fatal consequences. The unimaginable achievements of the young climber, the spectacular images of the rugged mountain landscape and the intimate interviews with the climber, his family and friends make The Alpinist an unforgettable ode to an unstoppable passion for the mountains.