October 2, 2018. Washington Post journalist Jamal Khashoggi enters Saudi Arabia's consulate in Turkey to formalize his divorce so he can marry his fiancé Hatice. She's waiting for him outside. But Khashoggi does not come out. Ever again. The journalist, known for his critical attitude towards Saudi Arabia, has disappeared. Oscar winner Bryan Fogel amazingly reconstructs the facts in a nail-biting tale of power and deceit. 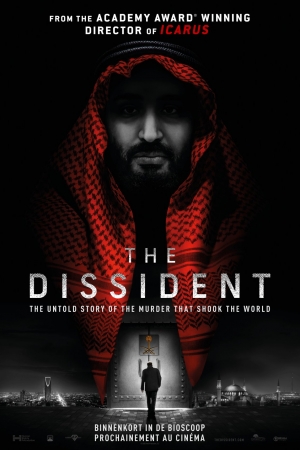 After his Oscar for the controversial doping documentary Icarus, Bryan Fogel found a worthy successor in the hallucinatory tale of Khashoggi's disappearance and the labyrinth of deception at the very highest levels. He gained access to personal conversations and tekst messages not only from Khashoggi's fiancée Hatice Cengiz, but also from his friend and fellow activist Omar Abdulaziz Akzahrani. This allows Fogel to give Khashoggi’s story depth, an insight into his personality, his unquenchable love for his native land and his realization of the growing risks that came with his critical attitude. This personal involvement makes the hallucinatory facts that took place in the consulate and the cover-up operation that followed even harder to process. When the documentary premiered at the Sundance Film Festival last year, the audience treated Fogel to a standing ovation and the press is unanimous in praising this beautifully crafted documentary thriller.