In 1970, in the middle of the Cold War, an American patrol boat and a Russian fishing vessel crossed each other. Aboard the Russian ship is Simas Kudirka, a Lithuanian sailor who literally and figuratively takes a leap of faith. The start of an incredible story full of plot twists and unexpected decisions, in perhaps the greatest political turmoil of the Cold War. 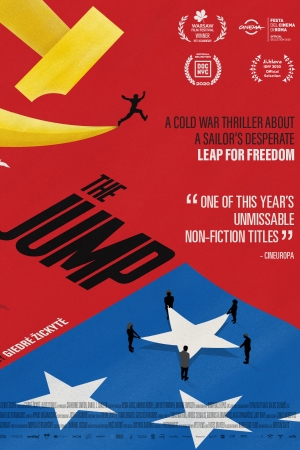 At age 86, Simas Kudirka knows how to tell his extraordinary story like no other. His account is supplemented by archive material, because there is exceptional visual material of Simas’s adventure and its far-reaching political implications. Having survived the perilous leap from the big ship to the patrol boat in the depths, Simas thought the most risky part of his flight to freedom was over and he was safe. He was in for a surprise. The Americans gave the Russians permission to retrieve the defector from the patrol boat. His hallucinatory story was already made into a television film in 1978, but the story he tells himself in combination with revealing archive material is much more exciting than a fiction film. Undoubtedly one of the most fascinating historical reconstructions recently made.