The Pervert's Guide to CinemaSophie Fiennes

Charismatic Slovenian philosopher Slavoj Žižek emerges as an overwhelming yet masterful guide in this highly original take on the great films of cinema history. Why are the birds in 'The Birds' after the blond Novak? And where does the mystery man in 'Lost Highway' come from? Is cinema a Freudian slip in which the viewer indulges his perversion? A unique tour through film history. 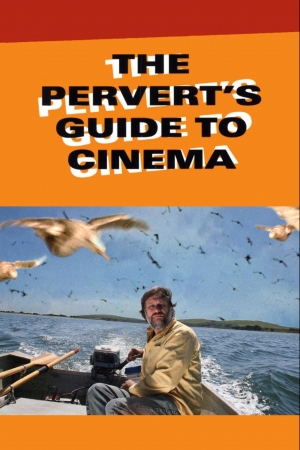 In his juicy English accent, Slavoj Žižek analyzes famous scenes from The Conversation, The Great Dictator and The Matrix, among others. It is no coincidence that Žižek often references films by Alfred Hitchcock and David Lynch, both influential film makers who are inspired by psychoanalysis. Žižek brings his arguments from meticulously recreated set decors and does this so naturally, so convincingly and so fast that the viewer is left dizzy. To what extent are filmmakers aware of the subconscious component of their own creativity? And to what extent does this component contribute to the success of the films? The Pervert's Guide to Cinema offers a refreshing, surprising look at cinema and what it does to us as viewers. A must for every movie buff!