The Test & The Art of ThinkingMichael Arlen Davis

In 2023, central tests will be introduced in Flanders for all pupils in all schools. In countries such as the Netherlands and certainly the United States, this has been the case for many years. But are standardized tests useful? Isn't education reduced to what can be tested? A student is only defined as good based on correctly colored dots, not on his or her real progress. And a "good school" becomes only a school with a high average. This surprising documentary examines the sense and nonsense of the famous SAT tests in the United States, an ideal case that raises many questions. 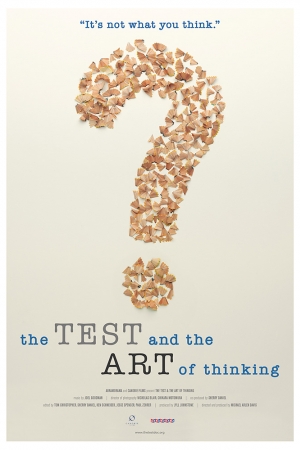 In the United States, the SAT test is an immensely important milestone in a person's life. It is not just a sort of rite of passage from teen to young adult, but a key moment that will affect the rest of your life. The results of this test determine which programs you can be admitted to. Standard tests were invented to create a selection criterion that is as objective as possible. But soon the SAT tests became big business, with all kinds of mentors and tutors who could give you tips and tricks to achieve higher scores. In schools, too, the lessons were increasingly adapted in function of strategies to improve scores, instead of substantive learning objectives. The question arises whether such a test can be drawn up objectively or is inevitably colored by certain cultural or psychological prejudices? A revealing documentary about the problem of standardized testing