This Is Not a MovieYung Chang

Rudi Vranckx has called him his journalistic beacon. The recently deceased Middle East correspondent Robert Fisk was an icon. He witnessed the Iranian revolution, the Lebanese civil war, the Gulf wars, the intifadas, the war on terror, the Arab revolutions… all from the front row. A portrait of a wayward correspondent who cherished an independent spirit. 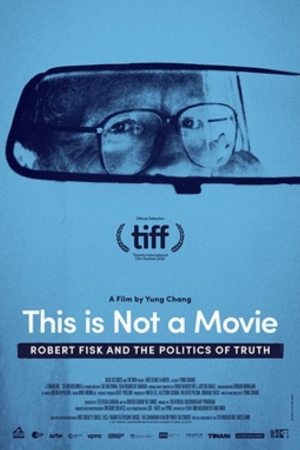 From an early age Robert Fisk dreamed of working as a correspondent abroad. During the Troubles in Ireland he started as a journalist with The Times. At the age of 29 he was transferred to Beirut, his first encounter with the violence and problems in the Middle East. He would love the region forever. It became his passion in life to make the world aware of what exactly goes on there and he was widely recognized as an expert in the field. He was one of the few Western journalists who interviewed Osama bin Laden three times. Throughout his life he stressed the importance of being critical of your own knowledge and the necessity to avoid any black and white thinking. Fisk spent most of his life in the midst of conflict. With his coverage he tried to change the knowledge of people ... and the world.