Is Donald Trump mentally ill? He is the butt of a lot of jokes, but can we prove scientifically that he is not only unsuitable, but also downright dangerous as president of the most powerful country in the world? A disconcerting (but unintentionally hilarious) dive into the brain of one of the most controversial figures in contemporary history. 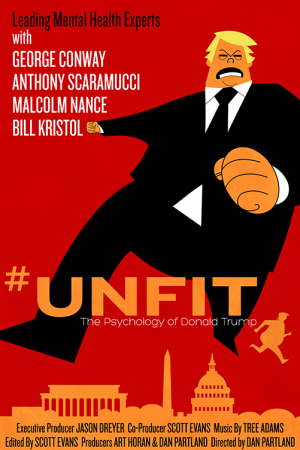 Dr. John Gartner is absolutely sure: Donald Trump is not just a narcissist, but suffers from "malignant narcissism." Gartner founded a group of doctors and psychologists who felt that the world should be informed about the syndrome the president suffers from. To make this warning concrete, he collaborated with director Dan Partland, who previously won two Emmys for high-profile documentaries. Several experts working in mental health care openly discuss the syndrome of extreme narcissism and why, according to them, Donald Trump fits the description. They also explain the risks, the consequences and why he continues to have such a surprisingly large group of supporters.