In the US, there is a staggeringly large group of creationists who take the Bible’s creation story quite literally. They believe the earth is 6,000 years old, that there is no such thing as evolution and that fossils are fake. To prove their vision, they are working on a megalomaniac project: their very own "natural history" museum in which dinosaurs lived simultaneously with humans and - consequently - were also aboard Noah's Ark. 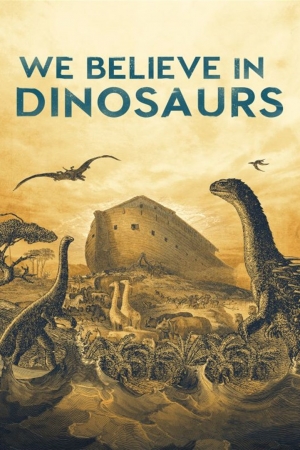 The Ark Encounter’s mission is obvious: to put a stop to the ubiquitous "brainwashing" by supporters of modern evolutionary theory. The museum "proves" that the Bible is scientifically and historically correct by framing dinosaurs as part of the divine creation. The film follows the construction of the giant Ark through the eyes of three locals. Doug, the talented craftsman who builds lifelike animals for the Ark, Dan, a geologist who wants to expose the incorrect information in the museum and David, a former creationist who now wants to spread his knowledge through a blog. Filmmakers Monica Long Ross and Clayton Brown let everyone involved speak without picking sides. A surprising dive into a parallel world that is staggeringly well organized.