Growing up is difficult. There is so much more to it than a bit of discomfort and some acne. It takes courage to become who you really are. Daan is very close to his younger brother Sam. But when Daan starts high school, their relationship changes. An intimate portrait of growing up in the digital age, which can be wonderfully rich and terribly lonely at the same time. 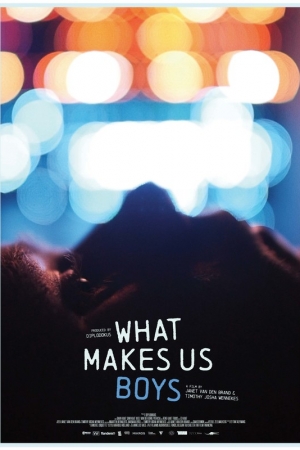 After Ceres, Janet van den Brand and Timothy Wennekes once again immerse themselves in the world of teenagers. In a Dutch suburb, they meet two brothers, Daan and Sam. The boys are dealing with things that kids their age shouldn't be concerned about. Daan has a connective tissue disease called EDS, which prevents him from doing things that other kids can, while Sam struggles with his identity because he used to be a girl named Mara. The brothers support each other, but when Daan starts high school, his world becomes a lot bigger. At the same time, he struggles with the limitations imposed by his illness. He ends up in a roller coaster of feelings and learns things about himself that he didn't know existed.