The Western cultural sector likes to see itself as the guardian of our moral conscience, but prestigious art institutions are often financed by semi-colonial multinationals. Director and artist Renzo Martens - who previously caused controversy with his documentary Enjoy Poverty - comes up with an unorthodox plan to change the direction of the wealth flow. 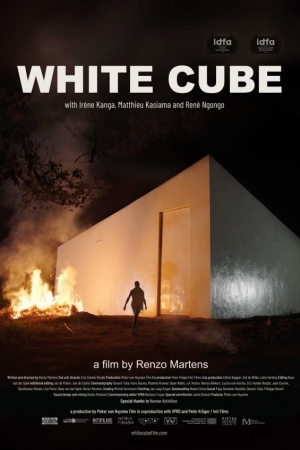 In 2008, Renzo Martens encouraged poor Congolese to consider their poverty as a valuable resource - and to exploit it - in his controversial documentary Enjoy Poverty. His argument was that a large part of the development money actually flows back to the West in the form of offices, jobs and the purchase of logistics equipment. This time Martens takes a razor-sharp look at an unexpected sector that, according to him, also has a colonial approach: the art world. During a screening of Enjoy Poverty in London's Tate Modern, he discovered to his own surprise that the prestigious museum was full of logos of multinational Unilever, a company that has been extracting palm oil from the Congo for a hundred years and whose profits go entirely to the West. Now also in the guise of museums. Renzo Martens comes up with a plan to change the direction of the wealth flow. Former workers of the now abandoned Unilever plantation make sculptures that are then cast in chocolate and exhibited in New York. The money generated by the successful exhibition is used by the workers to buy back land that Unilever confiscated from them. A moving documentary that makes you think.