"No one was hiring me when I was just a regular clown, I thought - maybe I'll give it a little edge". If your children are really naughty, just say threaten them with a visit from Wrinkles the Clown. A single phone call can turn your birthday party into a horror movie. But who is Wrinkles in real life? Michael Nichols finds out in his wildly exciting and very surprising documentary. 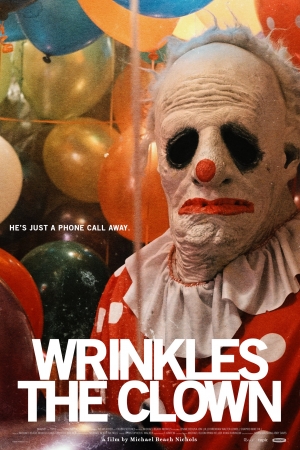 After a video of Wrinkles the Clown went viral on Youtube, a new legend was born. Wrinkles distributed his telephone number all over Philadelphia using stickers, but soon became known throughout the US. Children who talked about the clown as a modern horror story were terrified and filmed themselves calling him. Adults thought it was hilarious or totally pedagogically irresponsible to traumatize children in this way. Director Michael Beach Nichols (Welcome to Leith) goes looking for the man behind this contemporary bogeyman and his motives behind this - to say the least - unusual business plan. When revealing Wrinkles' dark story, humor is never far away. Nichols looks behind the mask but turns the documentary upside down with a shocking revelation.

This screening will be preceeded by the short documentary