A non-narrative, visual adventure with the search for the utopian, ideal city as its common thread. A city designed as a perfect machine. In 1960, the completely artificial city of Brasilia became the new capital of Brazil. The city became a symbol of the modernist belief that ultra-rational urban design would produce rational citizens. But what about the country's mystical past and the deep human urge for spirituality? 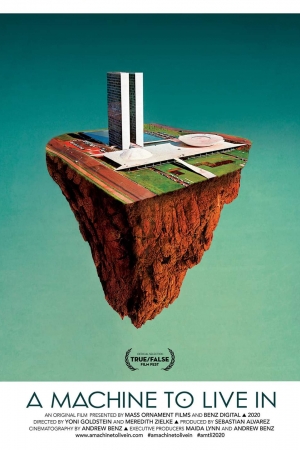 In the spirit of modernism, Brazil decided to design a completely new capital in 1956: Brasília. A centrally located, artificial city that perfectly reflects the belief in a technologically engineered utopia. This radical modernism is contrasted with the words of Brazilian writer Clarice Lispector. The futuristic plans of "the city of the future" clash with the deep-rooted mystical past of Brazil and with the reality of its inhabitants. Filmmakers Yoni Goldstein and Meredith Zielke use all kinds of contemporary techniques for their hybrid documentary, including deepfakes, drones and abstract computer-generated images.

Brave new docs | Outside the dox