British poet Femi Nylander is following in the footsteps of an extremely brutal mass murderer who barely appears in the annals of history: the colonial captain Paul Voulet, who left a trail of death and destruction in West Africa in 1899. It was the period when Joseph Conrad published his famous novel Heart of Darkness, a contemporary look at colonialism, and the book that Barack Obama said helped him understand where the fear of blacks comes from. Nylander's road trip is a poignant confrontation with the brutal legacy of colonialism, a legacy that continues to this day. His personal journey reveals a hidden, shared history that cannot be ignored. 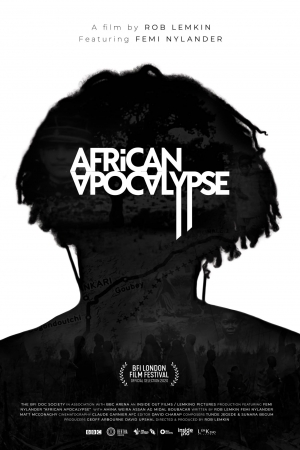 Black poet and activist Femi Nylander goes on an impressive journey that connects past and present. Like most of us, he only knows about the colonial past from one-sided Western history books. At best, it is something you read about and discuss, but not something you - even as a black student - really feel and experience. Nylander travels to Niger in search of the history that is not taught in school. His guide is the route taken by the bloodthirsty French captain Paul Voulet in 1898, at the same time as Joseph Conrad wrote his famous novel. The unknown story of the bloodthirsty captain can still be felt in Niger generations later. It is an important part of a history that has been underexposed for far too long.