Ten years ago, two young documentary makers exposed a staggering pollution scandal in their graduation film Toxic Playground. A Swedish company that was meant to safely handle toxic material dumped it - unprocessed - in the desolate desert town of Arica. For years, the inhabitants developed all kinds of cancers and babies were born with abnormalities. The film marked the start of a legal battle between the residents of the North Chilean city and a Swedish mining company. Now the creators return to Arica with a shocking look at the disturbing reality of the pollution. 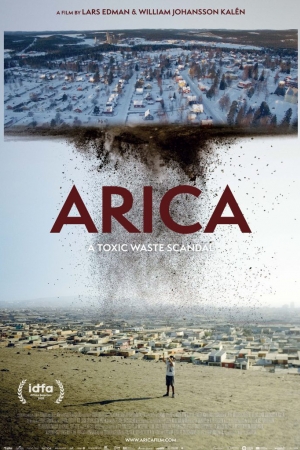 In the mid-1980s, Swedish mining company Boliden shipped tons of toxic waste to Chile for ‘safe handling’ by the local company Promel. In reality, most of the waste was simply dropped in Arica, in the north of Chile. The residents suffered from many diseases, babies were born with abnormalities, and there was a dangerously high amount of arsenic in the air. When young filmmakers Lars Edman and William Johansson brought this story to light in their debut Toxic Playground, it was the beginning of a lengthy legal battle. One of the people in that film was a young girl named Joselyn. She has grown into a young woman who named her child after one of the filmmakers. The film and the fight for justice is not only a technical legal tangle, but also a daily reality for Arica and its inhabitants.