Why are there so many assholes out there? And why - or so it seems - are they often so successful? Does success turn you into an asshole? Or do you have to be an asshole to make it in this world? Take for example Donald Trump's appalling behavior that was actually a plus for many of his supporters. Inspired by philosopher Aaron James' bestselling book Assholes: A Theory, director John Walker sets out to investigate. With excellent appearances from John Cleese, among others, the film reaches surprisingly fascinating conclusions about the success of jerks - and what we can do about it. 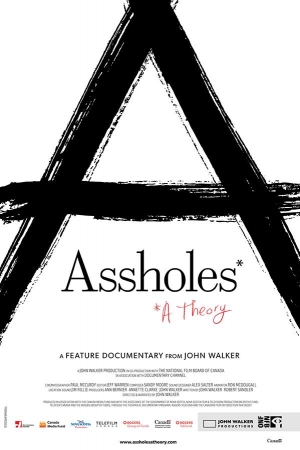 John Walker became fascinated with the seemingly increasing narcissism in the world. His fascination led him to Aaron James' book Assholes: A Theory. Everyone misbehaves from time to time, but for some people it becomes a way of life. How do “assholes” become who they are and what drives them to act like that? And more importantly, why do we let them? Walker discussed the topic with several familiar faces, including author Aaron James himself and actor John Cleese.