The solution for the umpteenth school shooting? More weapons, of course. Arm teachers, give shooting lessons to school management and provide bulletproof blackboards. This documentary shows the disconcerting reality behind this bold choice. A school as a battleground is not only a mind-boggling concept, but bitterly also the linchpin behind a chilling industry. 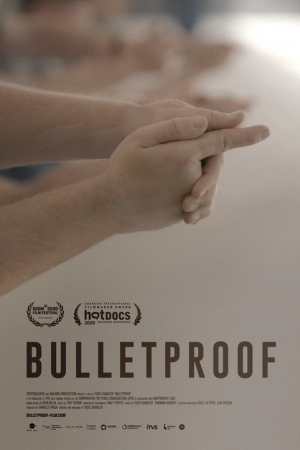 Representatives proudly display their latest bullet-proof blackboards and desks, a security guard displays the school's most recently purchased firearms, and teachers learn how to shoot an attacker in the head during target practice. Not only is it hallucinatory, it is also the face of an entire industry where a lot of money can be made. For many Americans, the "second amendment" of the constitution, which enshrines the right to bear arms, is sacred. “The only thing stopping a bad guy with a gun is a good guy with a gun” is the classic response. The distant gaze of the camera lets the images speak for themselves, so that the bizarre reality comes across as totally absurd and over-the-top. In the meantime, The National Rifle Association is benefiting, as are many other entrepreneurs who have become part of the surreal economy around the school as a potential war zone.