For the first time since fleeing Afghanistan, the homosexual Amin wants to tell his story. He has kept it a secret for 20 years and remains cautious: his story is told in a successful combination of animation and archive footage. This gripping quest for identity, security and acceptance was awarded the Grand Jury Prize at the prestigious Sundance Film Festival and was nominated for no fewer than three Oscars. 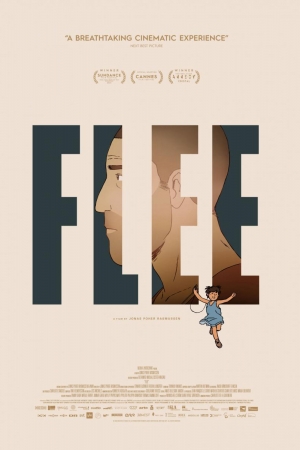 Amin is at the beginning of a new chapter in his life. For the first time, he tells the real story of his escape with the help of his good friend and filmmaker, Jonas Poher Rasmussen. A past he's kept secret for more than 20 years. That even his fiancée doesn't know about. On one condition: that he remains anonymous. This strong story was visualized with a voice actor, interviews and flashbacks in expressive 2D animation, and some archive footage throughout the different periods and locations. In the 1980s, Amin's family is forced to flee Afghanistan by the Taliban. They make a long journey full of suspense and yet endless boredom, past ruthless people smugglers, corrupt Russian agents and asylum procedures. Meanwhile, Amin struggles with his homosexuality. Ultimately, he ends up alone in Denmark as a minor. An intense and personal, but also politically charged story, with topics that are still relevant today.