The attacks of 22 March 2016 sent a shock wave through the country. Suddenly, all the spotlights were focused on Molenbeek, a "hell hole" according to the American president. But it’s also the place 6-year-old Aatos and his friends call home. A film about friendship, faith and identity. And above all, a film about what connects us. 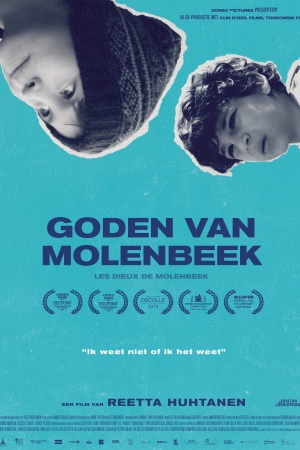 Finnish-Spanish Aatos is 6 years old and lives in a cité in Molenbeek. Together with his best friend Amine, a Muslim boy, he discovers the world. They listen to the sounds of spiders together, discover what a black hole is and bicker about who can sit where on their flying carpet. Finland meets Morocco, atheism gently rubs against Islam. The gods Aatos and Amine know are numerous, some are real, others are invented. They lead to playful discussions, until a terrorist attack in Brussels and Zaventem disrupts their harmonious world. Armed soldiers now patrol the streets, candles are lit in memory and even in the bedtime stories there are victims. The two boys search for the meaning of it all. They fantasize that they are the last survivors, the strongest. Until an unexpected event changes their lives forever.