As the permafrost recedes faster and faster on the Siberian ice plains, the remnants of the mythical animal from a distant past emerge. At the same time, the wild reindeer, threatened with extinction, are the myths of our time. Two brothers and a scientist are connected in a quest between past and present. Holgut seamlessly connects fiction with documentary, legend with science and reality with poetry. 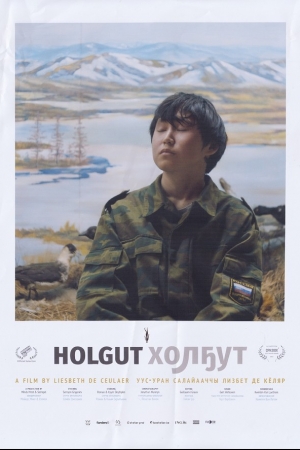 As Siberian permafrost is melting, ancient bones are rising from the ground and wild animals seem to have disappeared. Holgut is a contemporary story based on historical, mythological and current stories. Two brothers and a scientist venture into the vast wilderness of Yakutia in search of a myth. Roman and Kyym hunt rare reindeer, while Semyon searches for a viable cell of the mammoth he needs to clone the extinct animal. The film daringly combines elements of fiction and documentary, maneuvering seemingly effortlessly from compelling reality to visual poetry. Amid a Siberian gold rush to the mammoth ivory, science fiction seems to become reality and reality seems to become myth.