Fifteen years ago, director Noah Hutton became fascinated by the bold project of a visionary neuroscientist. Goal: to recreate a human brain in all its complexity on supercomputers. The daring and very expensive project succeeded in convincing the European Union and received more than a billion (!) Euro subsidy. But as the years and the euros ticked away, the gap between excessive ambition and objective results widened. 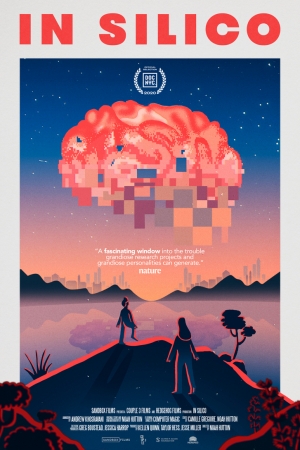 Filmmaker Noah Hutton got unprecedented access to the massive science project led by Henry Markam; a project backed by millions of dollars and the crème de la crème of neuroscientists. The phrase "In Silico" means that something is executed through a computer or computer simulation. Henry Markam claimed he could recreate the human brain in silica in one decade. This could revolutionize the treatment of Alzheimer's and other neurological diseases. For ten years, Hutton has followed the bold project, in which big predictions are made, but small mistakes and overestimations have huge consequences. An immersion in a world of scientific top sport, where big egos collide and the boundary between ambition and objectivity can be quite blurry.