Omar Blondin Diop, a Maoist student from Niger, starred in Jean-Luc Godard's 'La Chinoise' in the 1960s. Fifty years after this almost prophetic cult film, Vincent Meessen supplements the fiction with a film essay. A special reflection on Diop's life, political activism, unpunished injustice, art and memory, and the evolution of Sino-African relations from Diop's time to the present. 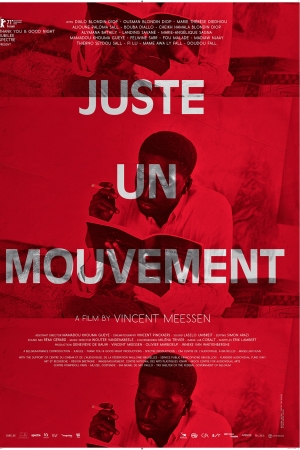 Omar Blondin Diop studied philosophy in France in the 1960s and was a Maoist activist in the movement that eventually led to the student revolt in 1968. He was also politically active in Senegal, where he was convicted of terrorism and espionage in 1972. A year later he died under suspicious circumstances in a Senegalese prison. In addition to Diop's portrait and history, Meessen also explores Chinese neocolonialism in Africa through the relations between China and Senegal from his time to the present. What can Diop's vision teach us about the present and how can it be relevant for the future? Meessen combines old and new interviews with eyewitnesses, family and friends of Diop and various stakeholders.