Jérôme is the director of the College of Saint-Martin, the school of the last chance for young people who have nowhere else to go. Together with his teaching staff, he tries to break the cycle of poverty and social isolation. A film full of humor and tenderness that demands attention and understanding for young people who may be searching, but are not lost. 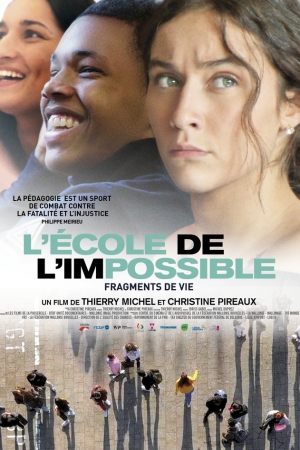 Close to the Seraing blast furnaces, lies the college of Saint-Martin. Founded as a school for future business leaders from the Meuse basin, the college has expanded its offering to include technical and professional departments after the collapse of the industry. The students reflect the impoverished neighborhoods in which the school is located. They are struggling with a precarious home situation and have been through a lot in their short lives. They are teenage mothers, dropouts, troublemakers and "unruly students". For them, Saint-Martin is the school of the last chance. Their fate rests in the hands of the caring teacher corps and a passionate director. They consciously chose this school and know the challenge they face. Some students are undisciplined and rebellious, but there is a determination on the part of teachers and students to break the cycle of poverty and unemployment.