Leave the Bus Through the Broken WindowAndrew Hevia

When a filmmaker arrives in Hong Kong for a documentary about an international art fair, he increasingly loses his way. A personal, completely original and darkly funny documentary about existential questions that seem even more urgent when you are on the other side of the world and you literally have to sleep in a cupboard. 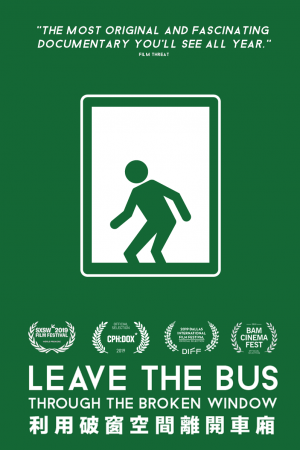 Filmmaker Andrew Hevia flies across the world to make a documentary about the international art fair in Hong Kong. Not everything goes according to plan and he feels increasingly lost. Literally, but mostly figuratively. In the midst of his existential crisis full of loneliness and alienation in this globalized world, he points the camera at himself. In a playful way - the narrative voice is a text-to-speech robot - he ignores all common conventions of documentary making. A post-modern exploration of a personal quest, with the cultural shock of a Westerner in the Hong Kong art world as a fascinating backstory.

This screening will be preceeded by the short documentary