They are punks, hopeless cases. They get one very last chance. In France, aid worker Petra Knol tries one final time to get them on the right track, but problems from the past continue to plague these youngsters ... A beautiful and serene portrait of young people who struggle with themselves and the world. 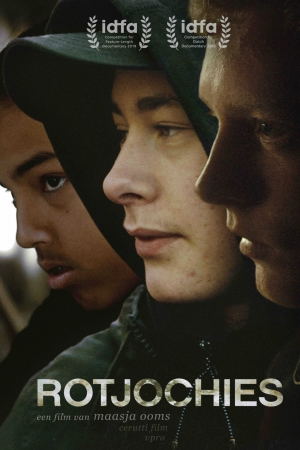 As a fly on the wall, Maasja Ooms observes the struggle of four young people. Problems at home accumulated until they all ended up in Morran, where Petra Knol offers them a final way out. But the conversations in which Petra confronts them with the facts rarely flow easily. Behind their tough behavior is an insecure child, the result of an unsafe environment. Punks is a subtle documentary in which the camera stays very close to the main characters. Thanks to a balanced montage and elegant camera work, Ooms’ film managed to win two IDFA awards. The director translates the non-verbal communication of the youngsters into cinematography. A serene portrait about how loyal children are to their parents and their difficult inner struggle.