What if we took the premise of the Matrix seriously? Is it possible that the world as we know it is not real, but a computer simulation in which we are all unconsciously trapped? This is less absurd than it seems: according to the laws of logic, the probability is more than real. Director Rodney Ascher delves into the wonderful thoughts this question raises, from scientific and philosophical considerations to baseless conspiracy theories. 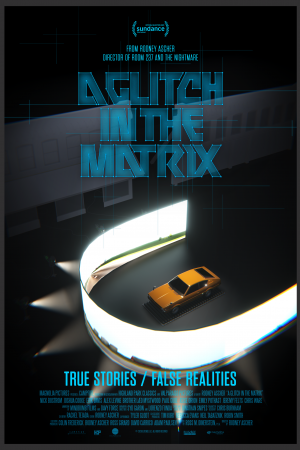 Rodney Ascher is the director behind high-profile documentaries such as Room 237 and The Nightmare. As with his previous work, Ascher wants to bring to life a special sensation that many people have experienced. This time he introduces people who at some point in their lives seriously wondered whether they lived in a real world or in a computer simulation. Some are firmly convinced that the latter is the case, others do not want to dismiss the premise just like that. This simulation theory - which was the source of inspiration for well-known films such as Blade Runner, Total Recall and Minority Report - leads to special musings that Ascher packs in a trippy, contemporary design. Not a single thought is avoided and very different opinions are discussed. A special ride with the ultimate question: if simulation theory is not science fiction, but a fact, then who are we as humans?