Something strange happens in forests: trees communicate and take care of each other. They look after their own descendants, but also after their old or sick neighbors. It sounds like the beginning of a fairytale, but these are the astonishing findings of scientists after decades of research. Inspired by the bestseller of the same name, this irresistible declaration of love to the forest takes you deep into an unprecedented world full of unexpected and incredible skills of trees. A walk through the forest will never be the same again. 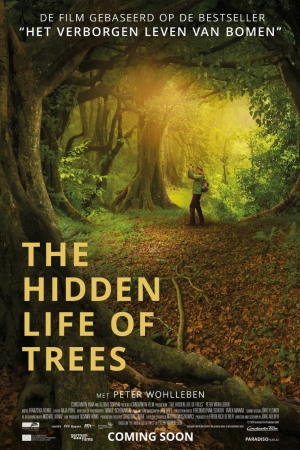 For years, Peter Wohlleben worked as a forester until he noticed that something is fundamentally wrong with our attitude towards trees. We merely see them as suppliers of things we need: oxygen, firewood or building materials. His book The Hidden Life of Trees appeared in more than 40 countries and was a real eye-opener for many people. The film combines Wohlleben's experiences from the forest with the latest scientific insights and gives us a whole new and exciting introduction to a world we thought we knew. With Wohlleben as a guide we travel to Sweden, where we find the oldest tree on earth, and to Canada where companies are looking for new ways to deal with deforestation. Simply replanting a chopped plot with new trees is not the solution to preserve the forest in all its richness and complexity. It is time - just like Peter Wohlleben - to listen to what the trees themselves have to say.