Peace in the Middle East. It has not only been the dream of the people living there for many years, but also of Western diplomats and world leaders. Whoever can bring about peace there, will have a unique place in history. Many American presidents have hoped that the seemingly impossible would be realized during their term in office. Sometimes negotiators got very close to a historic breakthrough. But time and again things went wrong. What happened behind the scenes and who played a role? A fascinating look at the human factor that plays a surprisingly large role in historical events. 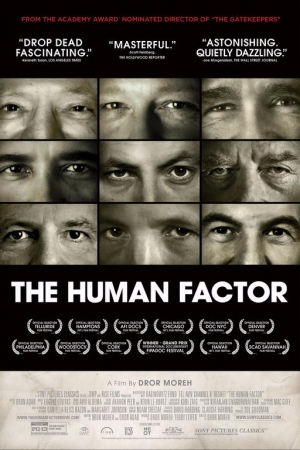 Peace in the Middle East. It seems further than ever. Still, it is not only the dream of the local population, but also that of Western diplomats and world leaders. Presidents, ministers and diplomats... they are only human. People with a lot of potential, but by no means perfect. People who get along, or vice versa, have an intense dislike for each other. This human factor plays a greater role than is often suspected, even in major historical events such as the Middle East negotiations. The director of the Oscar-nominated documentary The Gatekeepers tells a fascinating account of the human factor in statesmanship and top political duels. An insight into 30 years of American mediation like you have never seen before.