Briton Norman Darbyshire worked at MI6, the British secret service, in the early 1950s. He was responsible for the coup that the CIA and MI6 carried out in utmost secrecy against the progressive Iranian Prime Minister Mossadegh. Actor Ralph Fiennes voices the recovered testimony of Darbyshire in which the hallucinatory story of the coup is revealed. 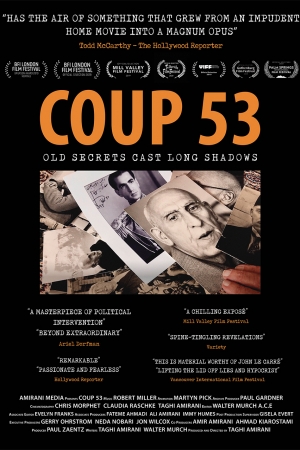 Darbyshire's testimony dates back to 1985 but was never published; after all, he did not want it out in the open. Director Taghi Amirani found the transcript while investigating the coup and was able to use it because Darbyshire had passed away. Amirani, whose family is from Iran, sets out like a true detective in search of what happened and reveals a step-by-step story that reads like the scenario of a spy thriller, where the covert role of MI6 and the CIA fully comes to light for the first time. Oscar-nominated actor Ralph Fiennes interprets Darbyshire's testimony, bringing to life - along with archive footage and animations - this unprecedented and dark episode in international politics from the middle of the last century.